In the summer of 2003, Princeton Survey Research Associates conducted a poll of 1,201 American adults regarding the media for the Pew Research Center for The People & The Press. They found that a majority (53 percent) of Americans regard the press as 'politically biased,' and most of those said the media tilted to the left. 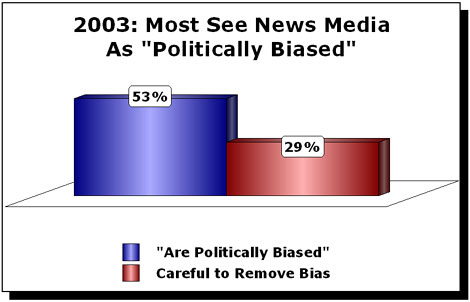