As part of 'a $1 million project to improve the credibility of newspapers and journalism,' the American Society of Newspaper Editors commissioned a poll of 3,000 Americans in April and May of 1998. The survey found that more than three-fourths of Americans (78%) believed that the press is biased, and an equal percentage believed that reporters would 'spike or spin' a story to suit powerful interests. The findings were detailed in a 1999 report, Examining Our Credibility: Perspectives of the Public and the Press. 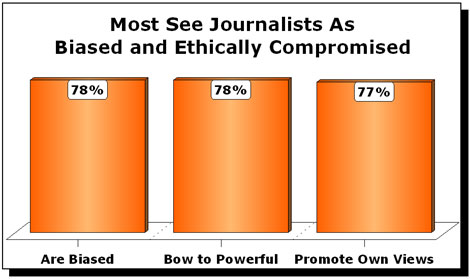