No fewer than five different polls conducted during the last months of the 2008 presidential campaign found the public strongly believed that the news media was biased in favor of Democrat Barack Obama in his campaign against Republican John McCain. In July, a Rasmussen poll found more than three times as many voters saw journalists favoring Obama; by October, a Pew Research Center poll discovered the margin had grown to nearly 8-to-1. 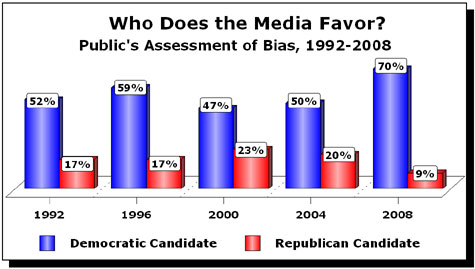