Researchers at Harvard University's John F. Kennedy School of Government polled 1,207 adults in September 2007 to ascertain the public's 'confidence' in American leaders in a variety of sectors, including the military, business, government and the media. The poll (PDF) found 'leaders in the press have inspired less confidence than leaders in any other sector during each of the three years of the National Leadership Index (2005-2007),' with the military garnering the most public confidence. Americans told pollsters they thought the press was 'too liberal' and focused on trivialities; nearly two-thirds said they did not trust media coverage of the presidential campaign. 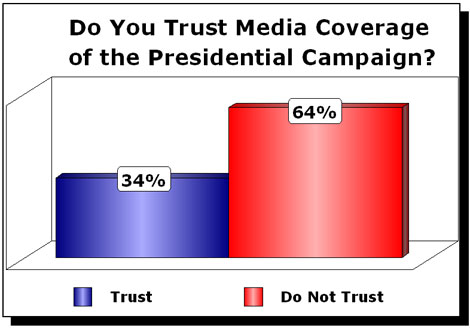